The American bison is the largest mammal in North America and one of the largest bison in the world. YouFine factory could completely restore the appearance characteristics of bison. If you are interested in our sculpture, please feel free to contact us.

You could clearly see that the bronze bison statue‘s head and front half are huge, and the shoulders are like towering humps. And this bison statue has a short, thick, and strong neck, a large head, and a broad forehead. YouFine factory could very finely cast all the appearance characteristics of the bison.

The Symbolic Meaning of Bison: 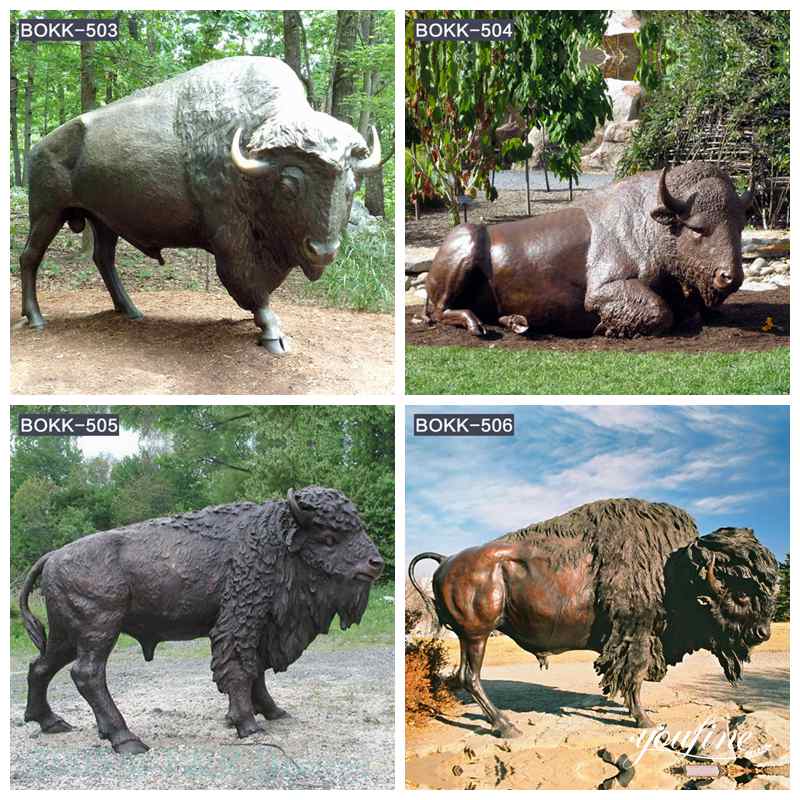 As a large-scale bronze sculpture casting factory for 39 years. We have a dedicated designer of bronze bison statues. They meticulously studied and deeply studied the habits and appearance characteristics of bison. Therefore, we could fully express the characteristics of the bison’s body and hair. Of course, we also accept customization, you could choose different colors and size 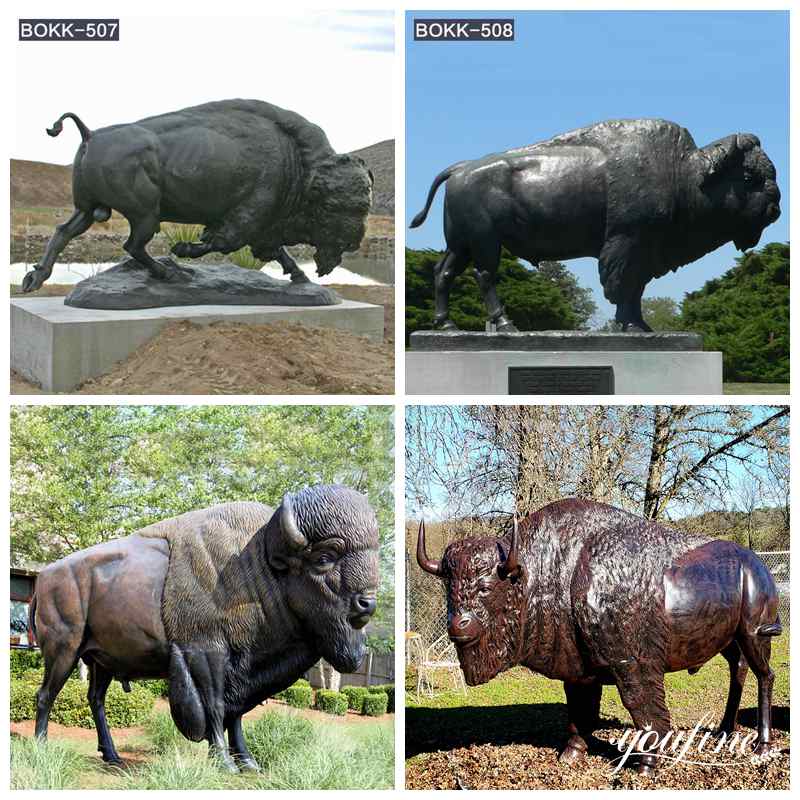 YouFine factory attaches great importance to the safety of packaging. First, we would completely wrap the bronze bison statue with soft foam. Secondly, we use a hard wooden crate to protect the sculpture. YouFine factory guarantees that there would be no shaking and traces during transportation. You could receive a perfect sculpture.

You could contact us at any time. And YouFine factory would not let you down.